God, it seems like years since my last Las Vegas trip but it's surely less than one.

The change is seismic, as usual. Given the number of cranes and appearance of massive construction sites, this town is either unaffected by the real estate mess or is riding for one helluva fall.

Anyway, we were talking about which casinos have been demo'd and couldn't come up with a comprehensive list. That led to Googling, which led to this great site.


Good job Roy Vegas whoever you are.
Posted by barbarella at 1:27 PM No comments:

Here's breaking news: Going to the gym can be hazardous to your health.

Any one of those could be the top story on The Duh Daily, but Newsweek?

Here's a personalized (and short) list of tips for surviving my gym--all based on experience.

1: If there's a bank of 20 empty lockers, do NOT take up residence right next to me. I'm not kidding. Just don't.

2: If you think you have a tic on your upper arm, do NOT rush up, shove your bare breast-and-armpit in my mug and demand that I inspect it. Seriously.

3: If you're lifting weights and feel the need to vocalize operatically (especially if you're pressing 10 lbs). Stifle.
Posted by barbarella at 8:24 PM 1 comment: 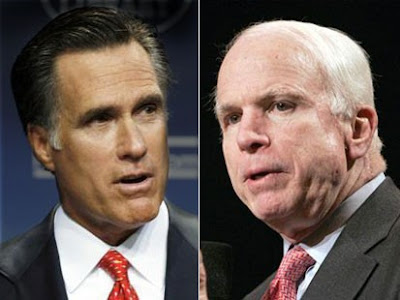 What fresh hell is this?

Mitt Romney took to a Boston dais today to pledge his support and maybe even his delegates to John McCain.

It was supposed to be a kumbaya moment and yet the two pols stayed as far apart as was possible. McCain appeared to have gas. Or maybe he smelled something funky. And Mitt? Well Mitt looked Mitt-like. You know: waxen. Insincere.

Here's a man who would be vice president. Or maybe secretary of something.

God help us.
Posted by barbarella at 8:05 PM No comments:

Milk chocolate does, in fact, rule. The New York Times sez so.

So there.
Posted by barbarella at 7:05 PM No comments: 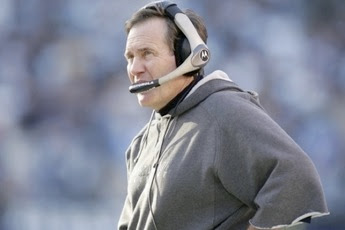 Peeps around here are just barely starting to get over their post-Super-Bowl funk. Even hardcore Patriots fans now acknowledge (privately) that the Pats--in particular their grumpy, ethics-challenged fearless leader Bill Belichick--probably had it coming.

Wait till next year.
Posted by barbarella at 6:57 AM No comments:

Clemens saga: The family that juices together...

Mrs. Clemens on the juice too? Wow.

More here.
Posted by barbarella at 3:05 PM No comments:

Is this a return to the dark ages for Boston?

Go Celts.
Posted by barbarella at 11:58 AM No comments:

This time with a Republican candidate. He says he won't be McCain's running mate.

This begs the question: Did anyone ask him?

He also said he has "no intention" of leaving the Democratic party.

Many would argue he did that long ago. And good riddance.
Posted by barbarella at 7:46 PM No comments:

Who knew? Hillary won big in Massachusetts, despite the Kennedys' very public embrace of Barack Obama.

Well, most of them hearted Barack. Caroline and Uncle Ted spurned Billary (aka The Clintstones) for Obama. RFK Jr., on the other hand, starred in a TV ad blitz backing Hillary.

John Kerry threw in with Obama. No one cared. But the Kennedys? That was a big deal, although there was a theory that the endorsements were a double-sided sword.


Theory 1: The clan has lost its teeth in Mass. Given my personal demographics, I'd say this is the case. Many of us live in fear of Joe resurfacing to run for something again. Spare us. Please. Lots of poor people still need heat.

Folks are sick of the antics. Anyone who thinks Hillary and Bill have an "entitlement" problem should get a load of this set of grandkids. Ted, however, won big time street cred with his early and unwavering anti-war vote. (Yes, Hillary you TOO could have read the briefing and done the right thing or at least assigned a minion to do so.)

Once he gave up on personal ambitions for the presidency, he became a pretty good senator. Although a pretty embarrassing one at times.

Theory 2: For all of its self-proclaimed liberalism, Mass remains a tad racist. Hopefully not.

On the other side of the aisle, the icky Mitt Romney managed to win his home state. You know, the one he keeps making fun of. Still, it's really looking like even old-school Republicans would rather hold their noses and vote for McCain or embrace Huckabee than embrace this oil slick of a man.

What's great is that McCain and Huckabee (and before that Rudy) are in violent agreement that Mitt should not go to Washington. How great is that?
Posted by barbarella at 7:08 PM No comments:

No double dip for you!

So it's true: Double-dipping is bad for you.

Seinfeld for one. Still, it's great that someone actually got grant money to study this phenomenon. Double dipping that chip into the guac and/or salsa spreads germs.

Next up: a NASA-funded look into the trajectory of a double spitter and a USDA survey on the ethics of the Soup Nazi.
Posted by barbarella at 7:36 AM No comments:

Dust off the reboot-your-car jokes now

A Ford with Microsoft-powered voice controls.

In what universe did this seem like a good idea?
Posted by barbarella at 10:00 AM No comments: